In an effort to stay in Australia to attend the Australian Open 2022, Novak Djokovic attended a hearing on January 10 to reject the decision to cancel the visa (visa) from the Australian Government.

At the end of the hearing, the judge ruled that Nole won the case, and asked the Australian Government to revoke Nole’s decision to cancel his visa, cover all costs for the appeal process and remove him from house arrest. 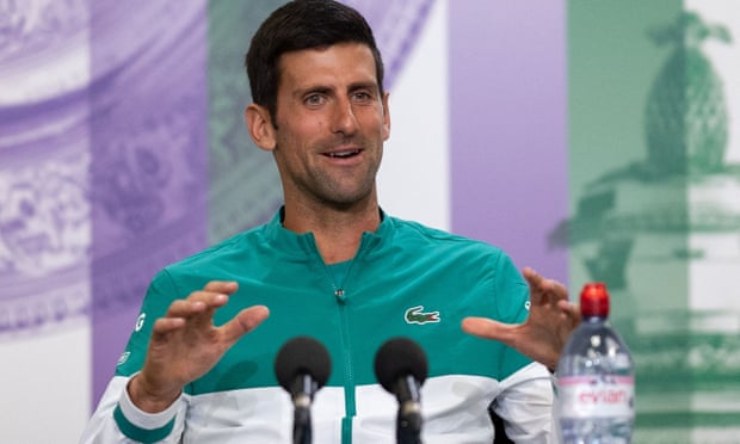 Currently, the world media is discussing the results of the hearing very enthusiastically. The Daily Mail (UK) said the judge’s ruling “is a blow to the Australian Department of Home Affairs, which claimed Djokovic relied on outdated advice from the Australian Technical Advisory Group on Immunization (ATAGI). for entry”.

The turning point of the hearing came when Christopher Tran, a lawyer representing the Australian government, stressed that the Australian Minister of Immigration, Citizenship, Migration Services and Multicultural Affairs Alex Hawke could still use it. used personal power to interfere with Nole’s decision to cancel his visa and lead to a new lawsuit. Even if Minister Alex Hawke successfully intervenes, Djokovic will be banned from entering Australia for three years.

Therefore, The Guardian (UK) asserts that Djokovic cannot yet hurry to celebrate despite winning the hearing: “While Djokovic’s supporters are celebrating his release from house arrest, the law The Australian Government representative indicated that the immigration minister would consider using a separate power to cancel his visa.

That power is embodied in section 133C(3) of the Immigration Act:

1. There are grounds to cancel the visa in case there is an intentional threat to public health because of not being vaccinated against Covid-19.

2. The visa holder “cannot satisfy the Minister because of uncertain grounds”.

3. The decision to cancel the visa benefits the community. 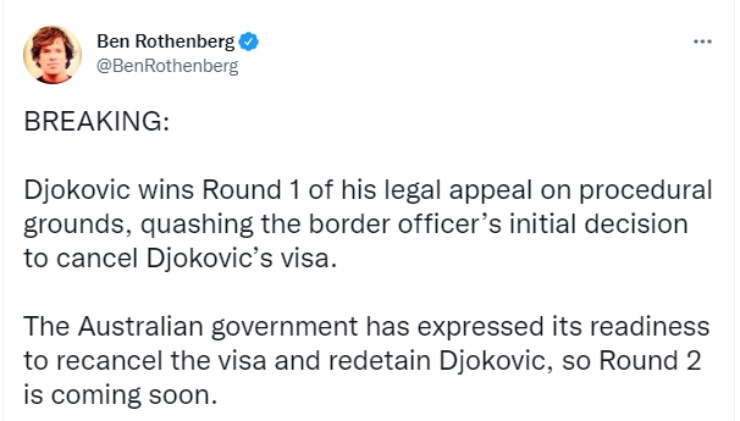